A research project aimed at understanding, finding and fostering common ground, especially where it seems most uncommon. 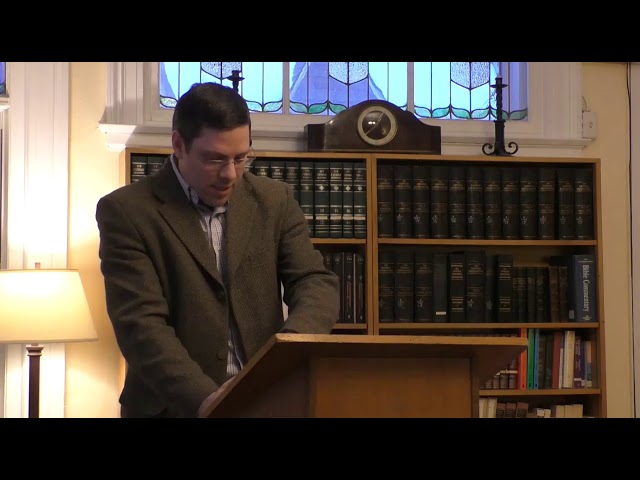 Envisioning Reconciliation: Cultivating the Best in Ourselves and Others.

Ordinary Professor, Department of History, The Catholic University of America

Our objective is two-fold:

1. We wish to foster a deeper understanding and appreciation of our common ground - especially where we most appear to lack it.  More precisely, we wish to foster deeper understanding and appreciation of the entangled nature of our quests for power and our quests for human and moral authenticity, especially where this entanglement is shaped by increasing polarization.  It is hoped that this interpretive paradigm can help illustrate important points of continuity and unity in human history despite cultural and material change, as well as important points of (un)common ground (i.e. uncommon or under-appreciated common ground) across the apparent divide manifested, for example, in contemporary “culture wars" defined increasingly by polarization and "cancel culture." This paradigm draws and seeks insights from Indigenous, Western and other cultures, from secular and religious traditions, from ancient to postmodern currents.

2. We wish to draw practical lessons from the conversation between this paradigm, the ideas that inform and challenge it, and pragmatic efforts on the ground aimed at depolarization, conflict resolution, intercultural dialogue, and reconciliation.

The Idea and its Relevance

Power and authenticity are concepts that are used here in their broadest sense with all their ambiguity. It will be necessary to explore and delineate their meanings further. That said, power is by no means perceived as inherently negative and not all notions of authenticity are perceived as inherently positive. Explicitly and implicitly, all cultures – 'traditional' and ‘progressive,’ religious and secular – articulate concepts of power and authenticity, and delineate boundaries for legitimate (morally legitimate) human power as well as moral, epistemic, human, national, cultural and other forms of authenticity.

Almost all cultural traditions include warnings of what happens when humans seek power that is not legitimately theirs, such as power over the very notion of authenticity, especially moral and human authenticity. The Hebrew Genesis account, for example, describes the original human sin as an attempt to appropriate of the kind of knowledge of good and evil that only God can have – a knowledge that is coterminous with creation, defining reality rather than recognizing it. Secular Nuremburg judges condemned Nazis for following a human law that, in violation of a higher law, claimed the power to redefine the boundaries of human authenticity based on nation and race. The windigo is a cannibal monster of Native North American tradition that originates with, and warns against, those who appropriate the power to redefine the reality of who is human or what is edible. The windigo says to those with whom it once shared humanity, “I need to eat, therefore, you are no longer human, but a moose, and I will kill you.” In all these cases, assertion of power over human and moral authenticity leads to a loss or profound impoverishment of human and moral authenticity.

Yet history shows that any attempt to define human or moral authenticity is susceptible to being abused or twisted to serve a quest for mere power. None of the Biblical, secular or Native North American traditions referred to have escaped this problem. Attempts to find freedom from the problem of power have continually come up short. Brad Gregory argues, for example, that the emphasis on scripture alone and the rejection of ecclesial authority and tradition did not free the Christian world from the problem of power; neither did an Enlightenment emphasis on human reason provide an alternative shared foundation for human flourishing and moral authenticity; finally, neither have postmodern or postcolonial critiques of the Enlightenment freed humanity from the problem of power.[1] Faced with a partial realization of this problem, postmodern critic Michel Foucault was adamant about

not looking for an alternative. … what I want to do is not the history of solutions, and that’s the reason why I don’t accept the word “alternative.” I would like to do genealogy of problems, of problematiques. My point is not that everything is bad, but that everything is dangerous, which is not exactly the same as bad. If everything is dangerous, then we always have something to do. So my position leads not to apathy but to a hyper- and pessimistic activism. I think that the ethico-political choice we have to make every day is to determine which is the main danger.[2]

Even where it was well intentioned, however, this postmodern emphasis on deconstructing problematic solutions to the question of human and moral authenticity, or the refusal to construct objective alternatives, are equally susceptible to being twisted into the service of quests for mere power.

An application of the postmodern critique to postmodernism itself shows that the problem of power now manifests itself in postmodern emphases on the moral autonomy of the hybrid or fragmented self (one that obliges recognition or affirmation from others for its well-being), with critics warning of a “dictatorship of relativism,” a “slide to subjectivism,” an “intolerant tolerance,” or what Charles Taylor – echoing Alexis de Tocqueville – calls “soft despotism.”[3]

Nevertheless, if postmodern deconstruction of claims to objective authority or emphasis on the moral autonomy of the hybrid or fragmented self cannot free us from the problem of power, neither can they be dismissed as mere quests for power – no more than the efforts of those who resist these tendencies.  Postmodernism’s emphasis on the idea that quests for authenticity (moral, national, religious, epistemic) hide quests for power can lead to the neglect of an important counterpoint: apparent quests for power may also conceal more or equally important quests for authenticity. This is the case with the history of Christian missions and their entanglement in European imperialism, and European imperialism itself, but it is also the case with the far briefer history of postmodernism itself. Any critique of postmodernism or of ‘progressivist’ perspectives in the “culture wars,” therefore, must be careful to do justice to postmodern and progressivist quests for authenticity. Ultimately, if we cannot escape the problem of power and its entanglement in quests for authenticity then it is dangerous to think otherwise. Rather we must understand the newest manifestations of this problem and foster a culture of humility and magnanimity with regard to our own failings and especially those we (mis)perceive in others.  This, in many ways, is what Christianity argues, albeit in other terms. Christianity, however, has lost its credibility in many quarters, precisely because 2000 years of its history furnishes much evidence that it is not free from exemplifying the very problem that it articulates in terms of original sin.

An analysis of human history according to the proposed paradigm - drawing from a diversity of perspective, tradition and experience - can help rehabilitate lost insights into human authenticity and the limitations of human power.  It can do so by illustrating how the entanglement of notions of authenticity in quests for power has led some to reject or distrust notions of authenticity that otherwise have merit. What people are willing to accept as authentic (or true) is often shaped or distorted by how those notions of authenticity have previously been used to unjustly assert, or justifiably limit, quests for power. This echoes and helps explain what Brad Gregory observes, that many older ideas in Western history have not been left behind but rather selectively appropriated or rejected without being refuted, and that contemporary culture contradictorily embraces human rights as a non-arbitrary good while seeking to “maximize individual autonomy to determine the good according to one’s preferences.”[4] In short, many notions of authenticity (human, moral, epistemic, etc.) are profoundly shaped by their entanglement in quests or contests for power.

All this can help understand and address the apparently intractable and polarized nature of the “culture wars.” Some people who disagree profoundly on some of the most difficult public ethics questions in the so-called “culture wars” may be equally driven by genuine quests for authenticity, even if their notions and foundations for authenticity (a concept linked to authorship and authority) are very different. Some may also be equally driven by quests or contests for power. People who disagree profoundly may share intentions and people who appear to agree may be driven by very different intentions. This is not to suggest that on either side of these arguments there are equal numbers of those who seek authenticity rather than power; rather, it is to suggest that not all who hold views that may oppose our own are driven by quests for power. In fact, they may be unwilling to accept legitimate claims about authenticity, authority or authorship precisely because such claims have been abused and misused to serve quests for power.

What do we have to be more aware of, especially in the context of the “culture wars” and other deep cultural conflicts, in order to be freer not only to seek and recognize authenticity and but also to seek, recognize and respect quests for authenticity even when they produce findings opposed to our own views? How does one cultivate respect for diverse cultures without turning diversity into an ideology of conformity backed by soft totalitarianism or a dictatorship of relativism?

This project originated with plans for a symposium, to be held in October 2020 in Washington, D.C. Although this symposium was subsequently postponed, due to COVID-19, we are in the midst of drafting a development plan for a full research project that transcends the scope of the symposium we still wish to hold. We are currently working on developing this plan in collaboration with the McLean Center for the Study of Culture and Values at The Catholic University of America, and in conversation with a group of interested scholars from across North America and other parts of the world. I presented an introduction to this project and the core theme in October 2020 as a webinar in the McLean Center's Fall 2020 Wednesday Colloquy Series on “The Meaning of Democracy: Practicing Citizenship and Understanding Pluralism in America."